Online Lecture The Annals of Clonmacnoise 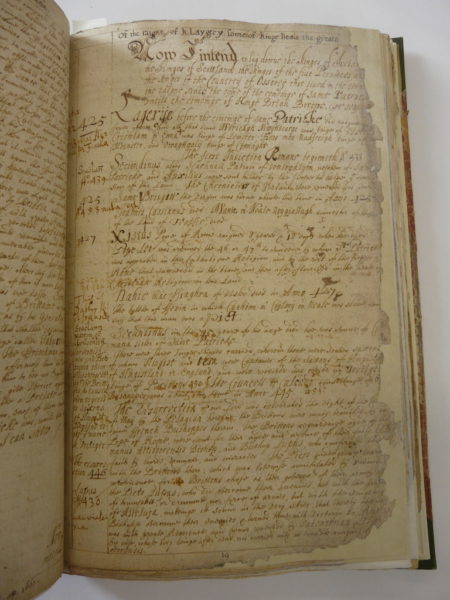 This free online lecture on the Annals of Clonmacnoise, (via Zoom) will be delivered by Dr Daniel P. McCarthy, an Emeritus Fellow of Trinity College Dublin. Also known as ‘Mageoghagan’s Book’, these annals are a 17th-century early English translation of a lost Irish chronicle, which covered events in Ireland from pre-history to 1408. The earliest known surviving manuscript copy of the Annals is held in Armagh Robinson Library, with later copies at the British Library and elsewhere.

Dr McCarthy’s publications include The Irish Annals: Their genesis, evolution and history (Dublin: Four Courts Press, 2008) and ‘The Genesis and Evolution of the Irish Annals to AD 1000’, Frühmittelalterliche Studien, 52, 2018.

Funded by the Department for Communities, the talk is part of a week of free online lunchtime lectures organised to link with Irish Language Week (Seachtain na Gaeilge le Energia). The series is also designed to link with items in the collection of Armagh Robinson Library, Northern Ireland’s oldest public library, during its 250th anniversary year.